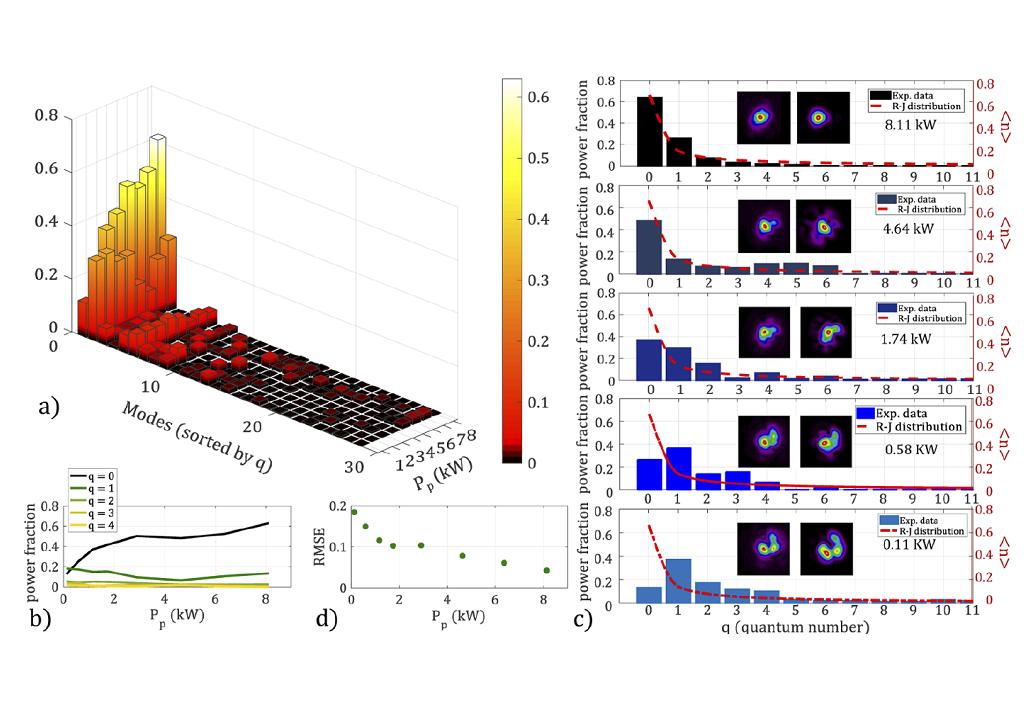 Since its first demonstration in graded-index multimode fibers, spatial beam self-cleaning has attracted a growing research interest. It allows for the propagation of beams with a bell-shaped spatial profile, thus enabling the use of multimode fibers for several applications, from biomedical imaging to high-power beam delivery. So far, beam self-cleaning has been experimentally studied under several different experimental conditions. Whereas it has been theoretically described as the irreversible energy transfer from high-order modes towards the fundamental mode, in analogy with a beam condensation mechanism. Here, we provide a comprehensive theoretical description of beam self-cleaning, by means of a semi-classical statistical mechanics model of wave thermalization. This approach is confirmed by an extensive experimental characterization, based on a holographic mode decomposition technique, employing laser pulses with temporal durations ranging from femtoseconds up to nanoseconds. An excellent agreement between theory and experiments is found, which demonstrates that beam self-cleaning can be fully described in terms of the basic conservation laws of statistical mechanics.